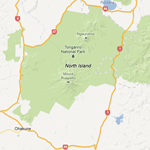 The Rangitikei District is known as a marvellous place to farm but it also accommodates growing all manner of things on small, medium, or large tracts of land.  The growing climate and soil lends itself to many different operations.  Today Rangitikei boasts anything from gamebird production to cut flowers, vineyards, asparagus, nuts, culinary and medicinal herbs, as well as meat productions and grain growing.  In addition to sheep and cattle, you can see alpacas, ostriches and deer grazing. Garden centres have expanded and private gardens are opened up for visitors.

Rangitikei's climate is temperate and has few extremes compared to many parts of New Zealand.  As is to be expected, the prevailing north-westerly airflows affect coastal areas, and offers refreshing sea breezes to cool in summer.  Summers are warm with average temperatures in the low 20s.  The most settled weather occurs in summer and early autumn.  Winters are mild near the coast and on the plains; it's colder inland and in the hill country, but often frosty, clear and calm.  Snowfall occasionally settles in areas 400m above sea level, such as Taihape.  Annual rainfall is moderate.  Annual hours of bright sunshine can average over 2,000.

Arrange an appointment to view you will love it